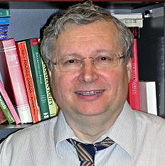 MONTREAL – March 11, 2009 – Rights & Democracy is pleased to welcome Professor Aurel Braun of the University of Toronto as the new Chair of its Board of Directors, effective immediately. His appointment was announced March 10 by Canada’s Minister of Foreign Affairs, the Hon. Lawrence Cannon.

“Rights & Democracy is honoured to welcome Professor Braun as Chair of its Board of Directors,” said Rémy M. Beauregard, President of Rights & Democracy. “We look forward to benefiting from his expertise and experience.”

Mr. Braun a frequent contributor to national newspapers and broadcasts and has published extensively on communist affairs and strategic studies with a special focus on the transformation of socialist systems of government in the former Soviet Union and Eastern Europe. Mr. Braun’s written works include the books The Extreme Right: Freedom and Security at Risk, Dilemmas of Transition: The Hungarian Experience, NATO-Russia Relations in the Twenty-First Century, The Soviet-East European Relationship in the Gorbachev Era: The Prospects for Adaptation, The Middle East in Global Strategy, and more than 50 scholarly articles. Mr. Braun currently serves on the Board of Directors of the University of Toronto Faculty Association.

Rights & Democracy also thanks board member Jacques P. Gauthier for his contributions as Interim Chair since August 2008.