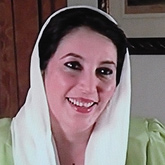 Rights & Democracy is deeply concerned about the tragic assassination of the former Prime Minister of Pakistan, Benazir Bhutto, at an election rally in Riwalpindi on December 27th.

“We express our sympathies to the families of Ms. Bhutto and the other victims of this shocking attack,” said Rights & Democracy’s President, Jean-Paul Hubert, “and we urge the people of Pakistan to remain committed to peaceful and democratic processes to resolve their differences.”

Rights & Democracy calls upon the Pakistani authorities to bring the perpetrators of the attack to justice, while fully respecting their human rights obligations.  It also urges all political leaders in Pakistan to unify in condemnation of such acts of political violence.  All parties must restrain their supporters and renew their commitment to democracy and national reconciliation in this difficult period.

Putting human rights at the heart of the Information Society